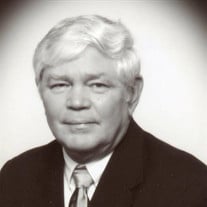 William R. ‘Bill’ Long, 69, passed away Saturday, June 8, 2019, after a brief illness. He was born in Greenville, MS., on February 14, 1950, to Ray and Camilia Hollis Long, who preceded him in death. Bill was a graduate of Greenville High School and graduated from Delta State University in Cleveland, MS., after serving in the U. S. Air Force from 1969-1973 in Korea. Previous employment was Ford Motor Credit and MS Financial. He resided in Madison, MS., for the past 30 years with his wife Phyllis. Bill enjoyed hunting and fishing in his early years; however, his passion was cooking and grilling. He was a consummate host and loved to feed and entertain friends and family. He was a humble and gentle soul and will be missed by all. Services will be at 2:00 p.m. Saturday, June 15, 2019, at United Funeral Service with Bro. Chad Gordon and Payton Long officiating. Burial will be in Ingomar Cemetery. Untied Funeral Service is in charge of the arrangements. Survivors include his wife: Phyllis, of Madison; son: Bo Long (Meagan) of Canton, MS.; daughters: Tricia Long of Greenville, MS., Ana Baker (Shawn) of Helena, AL.; brother: Bobby Long (Brenda) of Gulfport, MS.; grandsons: Payton Long, Santo Borganelli of Greenville, MS., Brock Baker of Helena, AL.; granddaughters: Mazie and Millie Kay Long of Canton, MS.; and step-father: John Allen of Leland, MS. He was preceded in death by his parents. Pallbearers will be Payton Long, Santo Borganelli, Brock Baker, Parker Moss, David Moss, Stephen Swords, and Shawn Miller. Honorary pallbearer will be Buddy Swords. Visitation will be from 12:00 noon until 2:00 p.m. Saturday, June 15, 2019, at United.

The family of William "Bill" Roy Long created this Life Tributes page to make it easy to share your memories.

Send flowers to the Long family.