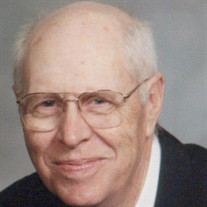 Walter Truett Pannell, 89, died February 22, 2022, at his home in the Ellistown community in Blue Springs, MS. He was born July 7, 1932, to Willis Clark Pannell and Cornelia Langford Pannell in Ellistown. He graduated from Sherman High School and worked in various factories. He retired from KI in Tupelo after 27 years of service and from Walmart #0258 in Tupelo after 18 years when his health declined. He was a member of Ellistown Baptist Church where he served as deacon and Sunday School teacher and was a member of the choir for several years. He loved the sunshine and his red roses and working in his garden and yard. He was a loving husband, father, grandfather, and great-grandfather. Even as Alzheimer’s claimed his mind and body, he remained kind-hearted and pleasant, always saying, “I’ve been there and done that; but I just can’t remember”. He is survived by his wife of 66 years, Evelyn; four children, William Pannell (Alison) of McComb, MS, Mary Ann Epting (John) and Martha Charlwood (David), all of Guntown, MS, and Larry Pannell (Debbie) of Fulton, MS. He is also survived by five grandchildren, Sara Charlwood Johnson (Marshal), John Charlwood (Danielle), Jacob Charlwood (Holly), Taylor Pannell, and Mallory Pannell Gordon (Hayden); six great-grandchildren, Rett and Reagan Johnson, Ryleigh Kate and Rodney Charlwood, Kinsley Pannell, and Miles Gordon; and several nieces, nephews, and cousins. He was preceded in death by his parents, one sister Jewel Pannell Dye Hall, three brothers William (Bill) Pannell, Willis Myrl Pannell, and J. T. Pannell and a nephew, Tommy Pannell. Services will be held at Ellistown Baptist Church in Blue Springs, MS, at 11 am on Thursday, February 24, with Bro. Mike Powell officiating. Visitation will be on Wednesday, February 23, from 4-7 pm at United Funeral Home in New Albany, MS, and on Thursday from 10 am until service time at the church. Burial will be in the Ellistown Cemetery. Pallbearers will be Jacob Charlwood, John Charlwood, Taylor Pannell, Marshal Johnson, Hayden Gordon, Rett Johnson, Jeff Kelly, and Mike McCarter. Honorary pallbearers will be the deacons of Ellistown Baptist Church and Mark Pannell. The family wishes to express special thanks to his caregiver Juanita McDonald and HomeCare Hospice, especially Ashley Shackleford, Charlotte Speck, and Chelle Stevenson. In lieu of flowers, the family requests that donations be made to the building fund of Ellistown Baptist Church at 1006 CR 185, Blue Springs, MS 38828.

Walter Truett Pannell, 89, died February 22, 2022, at his home in the Ellistown community in Blue Springs, MS. He was born July 7, 1932, to Willis Clark Pannell and Cornelia Langford Pannell in Ellistown. He graduated from Sherman High School... View Obituary & Service Information

The family of Walter Truett Pannell created this Life Tributes page to make it easy to share your memories.

Send flowers to the Pannell family.