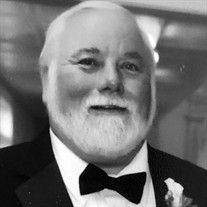 New Albany-Stephen Allen Bramlitt, 67 passed away peacefully at his home on August 4, 2021 in New Albany, MS surrounded by his family. Steve was born February 15, 1954 in Knoxville, TN to the late Dr. E. E. Bramlitt and Barbara Bramlitt. He graduated from W. P. Daniel High School in 1972 where he played golf, baseball and football and he was an Eagle Scout. He received his BS in Biology from the University of MS in 1976 and was a member of the Sigma Nu Fraternity. In 1979 he received his BS in Pharmacy from the University of MS School of Pharmacy. In 1979 he returned to New Albany and worked as a registered pharmacist at Union County General Hospital until 1981. In 1981 he purchased Eastgate Pharmacy and after 32 years sold the business and worked for Walgreens and CVS until he retired. Steve loved his customers and knew them all by name. He was a member of First Baptist Church in New Albany. He enjoyed playing golf, hunting, spending time with family and friends. He loved to travel to Destin, FL and staying at Too High farm. He is survived by his mother, Barbara Bramlitt, wife of 37 years, Sharon Bramlitt, daughters Megan Hinkle (Nate) of Memphis, TN and Mollie Rowland (Alex) of New Albany, MS, his grandchildren Bennett Rowland, Harper Hinkle and Genevieve Hinkle, his brother Eddie Bramlitt (Jamie) and his sisters Ellen Robbins (Steve), all of New Albany, MS and Mary Kathryn Lemons (Ted) of Guntown, MS and many nieces and nephews. He was preceded in death by his father, Dr. E. E. Bramlitt, his brother David Andrew Bramlitt and his grandparents Emerson B. Ogle and Grace Ogle, Francis Bramlitt Kinney (H. G) and James Edward Bramlitt. The funeral will be held at First Baptist Church on Friday, August 6, 2021. Visitation will be from 9:30 a.m. to 10:30 a.m. in the sanctuary and the service will follow visitation at 11:00 a.m. Due to COVID -19 Masks will be required during visitation and service. Pallbearers will be Ronnie Stimpson, Mike Staten, Jay Herrington, Bo Collins, David Williams, Rob Coltharp. Honorary pall bearers will be “The Men’s Night Group” and Midway Hunting Club. In lieu of flowers, memorials may be sent in his memory and in honor of the family friend and cancer survivor Katie Chism Sendlebech to St. Jude’s Children’s hospital in Memphis, TN. Due to COVID -19 Masks will be required during visitation and service. For online condolences please visit www.unitedfuneralservice.com United Funeral Service is honored to be entrusted with these arrangements.

New Albany-Stephen Allen Bramlitt, 67 passed away peacefully at his home on August 4, 2021 in New Albany, MS surrounded by his family. Steve was born February 15, 1954 in Knoxville, TN to the late Dr. E. E. Bramlitt and Barbara Bramlitt. He... View Obituary & Service Information

The family of Steve Bramlitt created this Life Tributes page to make it easy to share your memories.

Send flowers to the Bramlitt family.