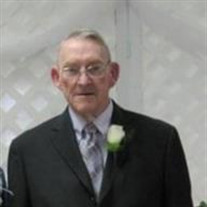 Sidney Ray Priest, 85, of Blue Springs, MS died January 8, 2022 at his home. He was born on April 21,1936 to Joe and Lorna Newell Priest in Troy, Mississippi. He attended Itawamba Community College, graduated from Delta State Teachers College and received his Master’s Degree from Mississippi State University. He was a member of Ellistown Baptist Church where he served as deacon and taught Sunday school for many years. He is survived by his wife of sixty years, Imogene, son Stan Priest (Kamace) of Vicksburg, MS, daughter Jenifer Roberts (Kenny), of Ingomar, MS, brother Dan Priest of Lafayette, GA, sister Janet Denton of Troy, MS, and grandchildren Chelsa Hill (Lance), Sydney Roberts and Luke Roberts. He was preceded in death by his parents, his son Ken Priest, and brother Perry Priest. Visitation will be Tuesday, January 11 from 5:00 pm to 8:00 pm at United Funeral Home. The funeral service will be held at Ellistown Baptist Church Wednesday, January 12 at 11:00 am with Bro. Mike Powell officiating. United is honored to be entrusted with these arrangements. Pallbearers will be Johnny Arnold, Larry Coker, David Dill, Clyde Dyson, John Epting, Eddie Humphreys, Mike Moore Bennie Roberts and Bobby Rogers. Honorary pallbearers will be the members of the Parks domino group. In lieu of flowers, donations can be made to the building fund of Ellistown Baptist Church.

The family of Sidney Priest created this Life Tributes page to make it easy to share your memories.

Send flowers to the Priest family.