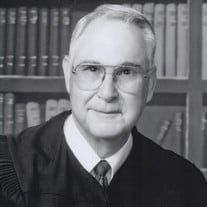 The family of Robert Kenneth "Ken" Coleman created this Life Tributes page to make it easy to share your memories.

Judge Robert Kenneth “Ken” Coleman, 85, died at Magnolia at the...

Send flowers to the Coleman family.