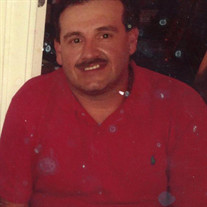 Joseph Allen “Joey” Farr, 42, passed away unexpectedly on Thursday, November 19, 2020 at Baptist Memorial Hospital in Oxford. Joey was born in New Albany on July 14, 1978 to Hattie Lou Farr and the late, Billy Joe Farr. He attended West Union School. A Christian, Joey was a member of Cornersville Baptist Church. He was an employee of Riverside Traffic for many years, and had previously been employed with the Army Corps of Engineers. He was known as a friend to all, humble and caring, always thinking of others first. He was a dedicated worker, enjoyed being outside and working with his hands. He is survived by his mother, Hattie Lou Burgess Farr of Myrtle; a brother, Steven Farr, also of Myrtle; a sister, Christy Farr Johnston (RJ) of Destin, FL; three nieces, Leah Farr Smith (Taylor) of Myrtle, Kaylee Parks (Larry) of West Union and Cassie Farr of Myrtle; one nephew, Gage Johnston of Destin, FL; and two great nephews, Liam Parks and Greyson Smith. He was preceded in death by his father, Billy Joe Farr; and his grandparents, Boyd and Clara Lee Farr, and Cassie Burgess. Funeral services will be at 11:00a.m. Tuesday, November 24, 2020 at United Funeral Service with Bro. Charlie Cooper and Bro. Will Carpenter officiating. Burial will be at Cornersville Cemetery. Visitation will be Monday, November 23, 2020 from 4:00p.m. until 7:00p.m. at the funeral home. United Funeral Service is honored to be entrusted with these arrangements.

The family of Joseph "Joey" Allen Farr created this Life Tributes page to make it easy to share your memories.

Send flowers to the Farr family.