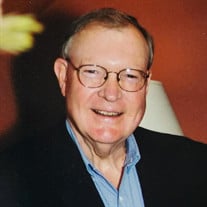 Germantown, TN – John Luther Robbins, Jr., 84, of New Albany, MS, went to be with his Lord and Savior on Sunday, September 27, 2020. John was born on April 20, 1936, and raised in New Albany, Mississippi. He graduated high school from Georgia Military Academy (currently Woodward Academy, College Park, GA) in 1955. He attended Mississippi State University where he was a member of the Kappa Sigma Fraternity and graduated with a B.S. degree in 1959. He then earned a degree from The School of Banking at Louisiana State University. John spent 57 distinguished years in the banking industry beginning his career in 1959 at National Bank of Commerce (now Truist) in Memphis, TN. At National Bank of Commerce he was Vice President of the correspondent banking department and was in charge of the bank’s credit card business where his successes led him to being awarded the Distinguished Sales Award in 1967 by the Memphis Sales Executive Club. In 1973 he joined First National Bank of Dickson, TN and served there until April of 1976 before accepting the Executive Vice President position at Helena National Bank (now Partners Bank) of Helena, AR. While at Helena National Bank he led the bank as President and Chief Executive Officer and later as Chairman of the Board until his retirement in 2016. John also served four years on the board of directors of the Federal Home Loan Bank of Dallas. John adored his wife of 61 years, Diane Throckmorton Robbins. Together John and Diane enjoyed traveling with friends and spending time with children and grandchildren. John was known for being a wonderful man, who was devoted to family and friends. John was active in the Helena community serving on the Helena Rotary Club, Foundation Board of Phillips County Community College of the University of Arkansas, the Arkansas Delta Development Corporation and as president of United Way in Helena. John was also a member of the First United Methodist Church of Helena. John was preceded in death by his parents, John Luther and Loyce Margaret Robbins of New Albany, and is survived by his wife, Diane; children, John Luther Robbins III (Nancy) of Little Rock, AR, Joseph Michael Robbins of Memphis, TN and Matthew Jess Robbins (Emily) of Memphis, TN; eight grandchildren: Elinor Pearson Robbins, Lucas Malcolm Robbins, Cary Jess Robbins, Callie Elizabeth Robbins, John Luther Robbins IV, Lillian Grace Robbins, John Michael Robbins and Benjamin Matthew Robbins; and sister-in-law, Pamela Pearson. There will be a visitation on Friday October 2, 2020 from 1pm to 2pm at New Albany City Cemetery. Graveside services will be held, at 2:00 PM at the New Albany City Cemetery, 722 East Bankhead St. New Albany, Mississippi 38652. United Funeral Service is honored to be entrusted with these arrangements. In lieu of flowers, please consider a donation to the First United Methodist Church of Helena located at 502 Porter Street, Helena, AR 72342 or St. Jude Children’s Research Hospital in Memphis, TN.

The family of John Luther Robbins Jr. created this Life Tributes page to make it easy to share your memories.

Send flowers to the Robbins family.