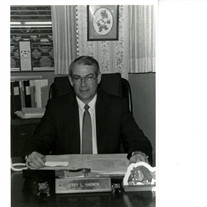 Jerry Lane Harmon, 73, of New Albany, Mississippi, went to be with his Lord and Savior on May 26, 2020, after a seven-month long battle with cancer. Jerry was a man of remarkable faith, with a love of God, his family, friends, and his church. He served as a deacon at First Baptist Church in Aberdeen, Mississippi, a deacon at Hillcrest Baptist Church in New Albany, a deacon and elder at New Albany Presbyterian Church, and was a Sunday school teacher for decades. He spent 38 years in education teaching Mississippi history and physical education in both Oxford and Quitman High Schools, and eventually served as principal at both Aberdeen and New Albany High Schools. “Coach” Harmon, as he was known on the football fields and in the locker room, spent a tremendous amount of time pouring into the Oxford High School, Water Valley, and Quitman County High School gridiron programs. He also spent many years coaching his girls and many other’s girls in youth softball. He committed his entire professional career investing in the education and advancement of others. He went on to serve within many state educational organizations, focusing specifically on improving public school education. He considered it his calling—and something to which he dedicated his life. Along with his lifelong commitment to education, Jerry found great pleasure playing golf (particularly with his golfing buddies), hunting (took some epic turkey hunting trips out west), camping, gardening, and fishing. But few things brought him more joy than cheering on the MSU bulldogs—with his greatest achievement being the successful converting of Vicki (his Ole Miss grad wife) into a diehard, maroon-wearing, cowbell-ringing Bulldog! Jerry and Vicki Smith Harmon were married for 51 years. She was his soulmate—and he, hers. They were blessed with two beautiful daughters, Alison and Stacy. The girls were their greatest joys and their most important accomplishments. Jerry and Vicki raised strong daughters who went on to raise their own beautiful families. And that’s where it really got fun! Boppie and Papa would drive hours to catch a baseball, soccer, basketball or volleyball game, a dance recital or school play for any one of their five grandchildren only to turn around and drive all the way home. And they wouldn’t have had it any other way. We’ll never fully know the impact that Jerry Harmon had on the generations of young people he encountered. From teachers, students, school staff, and friends, lives were changed forever because of his commitment to leaving things better than he found them. It’s an incredible legacy of which brings immense comfort and peace to his family. Jerry is preceded in death by his father, Rodney Harmon Jr., and his brother, Joe Harmon. He is survived by his 97-year old mother Edna Willard Harmon, his sister, Margaret, and brother, James, all of New Albany. He is also survived by his wife Vicki, and their daughters Alison Harmon Felsher of Biloxi, Miss., and Stacy Harmon Seago (David) of Jackson, Miss. His five grandchildren and absolute prides and joys are: Parker Felsher, Bryant Seago, Mary Grace Seago, Ellie Seago, and Annie Lou Seago. The family extends their deepest gratitude to Home Care Hospice—especially Farrah Barton Hawkins whose supernatural compassion and attention to the family’s needs can never be overstated. In lieu of flowers, the family would encourage your donation to St. Jude Children’s Research Hospital in Memphis, Tennessee, or the American Cancer Society, P.O. Box 8217, Jackson, Miss. 39284-8217 A drive-by visitation is scheduled for Saturday, May 30, 2020, from 12:00-2:00 p.m. at the New Albany Presbyterian Church. The graveside service will follow at Vista Memorial Park located next to United Funeral Service at 3:00 p.m. All are welcome to attend.

Jerry Lane Harmon, 73, of New Albany, Mississippi, went to be with his Lord and Savior on May 26, 2020, after a seven-month long battle with cancer. Jerry was a man of remarkable faith, with a love of God, his family, friends, and his church.... View Obituary & Service Information

The family of Jerry Harmon created this Life Tributes page to make it easy to share your memories.

Jerry Lane Harmon, 73, of New Albany, Mississippi, went to be...

Send flowers to the Harmon family.