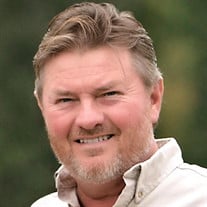 Christopher Tate Coombs, born on July 22, 1962 to Butch and Von Coombs went home to be with the Lord on February 27, 2021. Chris graduated from Blue Mountain High School in 1980 and went on to study business at Mississippi State University, graduating from the College of Business in 1984 with degrees in Business Administration and Economics. During his time at Mississippi State, he was an active member of the Kappa Sigma fraternity. Following graduation, Chris began his career with Shell Agricultural Chemical Company. Upon DuPont’s acquisition of Shell in 1986, he became the youngest product manager in company history at the time. Chris later relocated to DuPont’s headquarters in Wilmington, Delaware where he served as a Junior Executive and attended the University of Pennsylvania’s Wharton School of Business. Chris later served as Vice President of Sales for BASF in Raleigh, North Carolina before being appointed as Vice President of North America with AgraQuest, Inc. a biochemical company based in Davis, California. With decades of experience in the agricultural field, Chris founded AgSource in 2008, where he served as President and CEO. After doing business across 6 continents throughout his career, Chris had a desire to spend more time at home in Mississippi. Along with his wife, Tanya, he founded Concord Inn, a bed and breakfast located on their homeplace in Cotton Plant, Mississippi. Chris also helped lead his family’s propane business, Coombs Gas, in the latter years of his life. Chris had a passion for projects and the outdoors. He loved spending time on his property in Cotton Plant woodworking, tending to his cattle, gardening, and using his tractors. From the earliest stages of development of his estate in Cotton Plant, he had an extraordinary vision that is captured by what now resides. In June of 2018, Chris was diagnosed with ALS. Even in the midst of a challenging disease, Chris’s last three years of life were marked by perseverance and a desire to live to his fullest extent possible. Chris is survived by his mother, Von; his wife, Tanya; his sons, Braxton (Elizabeth), Carson, and Adam (Abbey); his stepdaughter, Anna; his granddaughters Alexandria and Lily; and his farm dog, Tojo. He is preceded in death by his father, Butch. A drive-thru visitation for friends will be Tuesday, March 2, 2021, from 10:00 am until 12:00 pm at First United Methodist Church of New Albany. Pallbearers will be Lee Russell Gray, Adam Martin, Tyler Russell, Ron Selby, David Short, and Dan Wilson. In lieu of flowers, the family request donations in Chris’ name be made to the West Tennessee Chapter of ALS Association, the Delta Chi Chapter of Kappa Sigma Fraternity at Mississippi State University, or any worthy cause of your choice. Due to the COVID-19 pandemic the family will have a private celebration of life service on Tuesday at 12:30pm at First United Methodist Church of New Albany. For online condolences please visit www.unitedfuneralservice.com

Christopher Tate Coombs, born on July 22, 1962 to Butch and Von Coombs went home to be with the Lord on February 27, 2021. Chris graduated from Blue Mountain High School in 1980 and went on to study business at Mississippi State University,... View Obituary & Service Information

The family of Christopher Tate Coombs created this Life Tributes page to make it easy to share your memories.

Send flowers to the Coombs family.