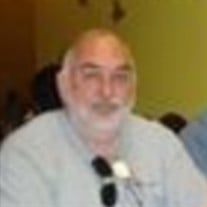 Well-known master craftsman and Scouting leader Charles Buster, 75, died at his home Friday, Jan. 7. Born in Clarksdale, he always described himself as “A good ole Delta boy.”After graduating from Mississippi State University with a degree in Industrial Arts, and playing tuba in The Famous Maroon Band, Charles began teaching. After being in the Natchez School System for several years he came to New Albany, where he taught shop and industrial arts at then-W. P. Daniel High School. That’s also where he met his wife, Anita, whom he married Dec. 22, 1984. He continued to teach at New Albany until the curriculum changed to computer technology and computing discovery. Before leaving, though, he wrote the software program that would be used to teach the teachers there. He taught at North Pontotoc and eventually retired after 17 years in education, having won a Technology Educators’ Association Teacher of Excellence Award. That love of technology led him to work at J and R Communications in Baldwyn after teaching. But retirement eventually allowed him to spend more time on two of his great loves, woodworking and Scouting. He attained the rare honor of being inducted into the Mississippi Craftsmen Guild in 2010, and achieved the rank of Fellow in Woodworking and, later, Fellow in Wood Accessories – the highest level possible. His imaginative woodworking pieces have become much sought-after over the years and at the time of his death he had 20 commissions waiting to be filled. Charles not only loved helping young men but teaching them at the same time. He was always ready to help neighborhood kids by repairing broken bikes, but in the process, he showed them how to do it themselves and pass it on to others. Some of that concern for the youth of tomorrow was expressed though his Scouting, which began in 1985, and was obviously “in his blood.” Over the years he won more than a dozen top Scouting honors but was perhaps proudest of the Silver Beaver Award, God and Country Award, Order of the Arrow Third Sash and becoming Wood Badge Trainer. He served as program director for Camp Yocona and was on the National Jamboree staff three years. He was Order of the Arrow Man of the Year and was a James E. West Fellow. Charles, WB5V, was an active Ham amateur radio enthusiast, loved flying model planes, trains large and small and playing the harmonica. His shop with his menagerie of cats was a popular meeting place for friends to stop by and talk for hours. Of course, he adored his grandchildren. He is survived by his wife, Anita Randle Buster; one daughter, DeAnne Walker; four sons, Eddie Buster (Alana), Tom Buster (Faith), David Buster (Melody) and Lynn Buster; one stepson, Allen Lopez (Lynn); one brother, Jerry Buster (Crystal) and four grandchildren, Tyler Buster, David Buster (Celie), Natalie Lopez and Evan Lopez. He was preceded in death by his parents, Charles E. Buster, Sr. and Beatrice Hurt Buster. Visitation was from 4 to 6 p.m. Monday, Jan. 10, in Wesley Hall at First United Methodist Church, and from 10 a.m. until the start of service at 11 a.m. in the church sanctuary Tuesday, Jan.11. Burial was in Vista Memorial Park. There was no graveside service. Memorials may be given to Boy Scouts of America or to the First United Methodist Church for the Christmas Store or Building Fund.

The family of Charles Buster created this Life Tributes page to make it easy to share your memories.

Send flowers to the Buster family.