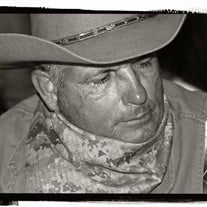 Not sure what to send?

Benjamin Houston Hughes, a long-time resident of New Albany, Miss., died Feb. 14 after a relatively brief illness at the North Mississippi Medical Center in Tupelo. He was 66, one month short of his 67th birthday. He was predeceased by his brother, John Steven Hughes, his parents, Evelyn Neece Hall Nehl and Clarence Benjamin Hughes, Jr., and his grandparents, Dick Houston Hall, Jr., Lora Neece Hall, Clarence B. Hughes, and Virginia Owens Hughes. He is survived by his sister, Robin Lora Hughes Patton (Charles), of Jacksonville, Fl., and many loving cousins. Ben may be best remembered for his long-time job at the New Albany Walmart, where, when Ben was on-duty, very few abandoned shopping carts could be found in the parking lot. More recently he had been working for HM Richards Furniture in Baldwyn. After graduating from New Smyrna Beach High School, Ben began his career working for his father’s highly successful Florida-based business, CB’s Nursery, which grew a variety of plants and serviced clients like Disney World. Among his many jobs there was delivering plants all over the state of Florida. Ben loved football and was a passionate Ole Miss fan who bought season tickets for several years. But Ben’s greatest passion was for old movies and TV shows. His absolute favorite movie cowboy was Roy Rogers. He once made a pilgrimage to Texas so he could visit the grave of Dan Blocker, known to millions of fans of TV’s “Bonanza” as Hoss Cartwright, one of the stars of the blockbuster western which ran on NBC from 1959 to 1973. In recent years, Ben and his sister began regularly attending conventions featuring stars of old movies and television shows. Whenever there was a trivia contest, Ben usually won it. He also got the chance to meet favorite stars like Angie Dickinson, Clint Howard and Charlotte Stewart. A service will be held for Ben at 10:30 a.m. Saturday, October 22, 2022 at First Baptist Church of New Albany, 200 East Bankhead St., New Albany, Miss., 38652. In lieu of flowers, the family urges that donations be made in memory of Ben to Disability Rights Mississippi, 5 Old River Pl # 101, Jackson, MS 39202 (http://www.drms.ms/donate).

Benjamin Houston Hughes, a long-time resident of New Albany, Miss., died Feb. 14 after a relatively brief illness at the North Mississippi Medical Center in Tupelo. He was 66, one month short of his 67th birthday. He was predeceased by his brother,... View Obituary & Service Information

The family of Benjamin Houston Hughes created this Life Tributes page to make it easy to share your memories.