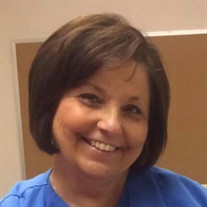 Barbara June McMillen Freeman, 69, went to her heavenly home Thursday, February 17, 2022 at Baptist Memorial Hospital-Oxford, MS. She was born January 30, 1953, to Edgar McMillen and Christine Hall McMillen in New Albany, MS. She was a 1971 graduate of Ingomar High School. She began her career over 30 years ago at Baptist Memorial Hospital-Union County where she was a devoted and dedicated registered nurse whose passion was patient care in the ICU where she mentored everyone, old and new. Barbara was more than just a nurse. She could do anything from cooking, decorating and sewing just to name a few. She did nothing half way but always with her whole heart. Some have said she was Florence Nightingale with a splash of Martha Stewart. She was a dedicated and active member of Martin Baptist Church where she took part and led many activities through the years including Acteens, GA’s, Baptist Women, Vacation Bible School and other special programs. Her greatest accomplishment was her family. She was not only a mother and grandmother but our biggest supporter, helper, counselor, prayer warrior and best friend. She is known and loved by all. She leaves a lasting legacy for those whose lives she touched and her presence will be missed immeasurably. Services for Mrs. Freeman will be Monday, February 21, 2022 at 11:00am at Martin Baptist Church with Bro. Andy Russell and Bro. Tim McMillen officiating. Visitation will be Sunday, February 20, 2022 from 4:00pm till 8:00pm and Monday from 10am till the start of the service. She is survived by two daughters, Amy Stanford (Michael) and Beverly McKinney (Jamie Riddle), one son, Jeffery Freeman (Nina), one sister, Karen McMillen; and four brothers, Jackie McMillen (Theresa), Jimmy McMillen (Carolyn), Johnny McMillen, and Stanley McMillen (Anita); and seven grandchildren, Anna Kate Willard (Ryan), Jackson Stanford, Luke Stanford, Maggie McKinney, Mack McKinney, Kailyn Freeman and Caryn Gillean. She is preceded in death by her parents, Edgar and Christine McMillen, and her husband Jerry Thomas Freeman. Pallbearers will be Rickey Gaines, Charlie Hall, Paul Hall, Ryan Hall, Jerry McMillen, Sammy McMillen, Robin Swords, and Caleb Willard. Honorary pallbearers will be fellow nurses and healthcare workers. In lieu of flowers, the family request memorials be made to First Choice Center For Women or Martin Baptist Church. For online condolences please visit www.unitedfuneralservice.com United is honored to be entrusted with these arrangements.

The family of Barbara June McMillen Freeman created this Life Tributes page to make it easy to share your memories.

Send flowers to the Freeman family.